#BookishBloggersUnite is a weekly hashtag that a group of bookish friends participate in to talk about books.

It is really hard for me to pick favourite side characters, because I have so very many of them. In fact, it’s fairly rare for the main character to be my favourite. I once heard the difference between the two is that side characters need to be interesting, while MCs need to have “strong” personalities. While this definitely isn’t true of all of them, I do tend to find them more interesting and, for me, that is the most important thing of all.

For this list, I came up with two rules. Rule #1: only one character per book/series. Rule #2: I wanted to stick to characters who truly are “side” characters, rather than really damn important supporting cast (for example, while Harry Potter is on this list, I decided my actual favourite character, Snape, was too prominent to be considered a “side character”).

Also, warning, there are some spoilers in here but I’ve tried to keep them vague.

Shock, Kushiel’s Legacy by Jaqueline Carey makes an an appearance on my list.

I could probably fill this entire list of Kushiel’s Legacy characters, because they are awesome. I won’t, however, but I do need to pick my absolute favourite of the bunch: Barquiel L’Envers.

The two things I love best in characters is angst and snark. Barquiel does not have much angst (we have Imriel for that) but he definitely has snark. He is also intelligent and excellent at the politicking, which is conducive to long life in the world of Terre D’Ange.

I also enjoy how different the relationship between Barquiel and Phedre is compared to the one he has with Imriel. I will admit though that the hostility in the latter relationship did mean that Barquiel doesn’t come off well in the first two Imriel books. However, when the two characters shared their first scene in Kushiel’s Mercy, I loved it so much I immediately had to read it again, and that book really let Barquiel shine as a character once again.

I have never seen a stranger retinue. Two whores, and a Cassiline Brother. Only you, Anafiel. You always had a reputation for being unpredictable, but this is downright eccentric.

Also, I’m going to cheat a little bit and list some honourable mentions, because I love too many characters in this series to avoid it: 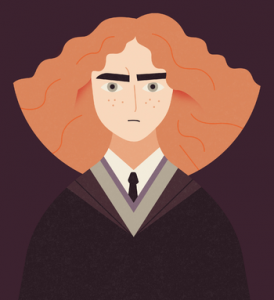 She’s a lovely person really. She just made a mistake…

I must admit that my love for Marietta grew out of playing her in an online role-playing game, back during the heydays of RP on LiveJournal and its many copycats (this game in particular was on the now-defunct GreatestJournal). My Marietta was fierce and intelligent and didn’t take shit from anyone.

However, the more I think about Marietta from the books, the more I like her. She was a loyal friend to Cho, the only one who stuck by her in the aftermath of Cedric’s death. She was loyal enough to accompany Cho and join Dumbledore’s Army, even though she never really wanted to be there. And I think it’s important to remember that she had plenty of reasons to doubt that Voldemort was really back since, unlike the reader, she hadn’t seen any firsthand evidence.

Also, her punishment was excessive and downright cruel. From what we can tell, she was permanently scarred by Hermione’s jinx. And then her memory was altered without her consent by Kingsley Shacklebolt. Both of these acts are terrible. 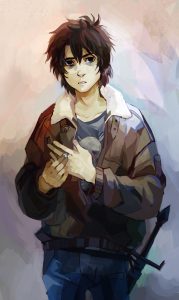 So, I said above that I like angst. Nico di Angelo is Master of the Angst™. He also has some great moments of snark too, so basically he was designed for me to love him. And love him, I do.

Nico has I think the most incredible character arc of any characters in this series. When we first meet him, he’s actually a pretty happy-go-lucky kid, but the plot doesn’t allow him to stay this way and the poor guy is really put through the ringer, though in the end things do mostly work out for him. Also, he is crazy powerful and often terrifying to friends and foe alike, which is another dynamic I find just fascinating.

I also think he has one of the most interesting relationships with his godly parent. In particularly, this exchange (and the rest of the scene for that matter):

“Getting some redecorating ideas?” Nico asked. “Maybe you could do your dining room in medieval monk skulls.”

Hades arched an eyebrow. “I can never tell when you’re joking.”

“I will see you again,” Hades promised. “I will prepare a room for you at the palace in case you do not survive. Perhaps your chamber would look good decorated with the skulls of monks.”

Hades’ eyes glittered as his form began to fade. “Then perhaps we are alike in important ways.”

When I was coming up with this list, I debated whether Nico was too prominent to be considered a side character. After all, he eventually ends up having POV in The Blood of Olympus. But I think he just barely counts (and if he had been eliminated, Thalia Grace would have been in this spot). 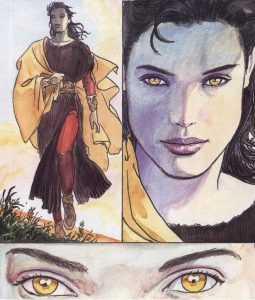 More snark with this one, hurrah!

Desire is one of the Endless, a group of immortal entities who embody powerful forces or aspects of the universe. Because Desire is whatever you want it to be, Desire is a man or a woman or both or neither.

In the comics, Desire mostly exists to snark at their brother, Dream, and try and disrupt Dream’s plans. Sandman is actually an excellent example of a book where not only is the main character not my favourite character, I actually don’t even particularly like him. This means that I am pretty much always cheering Desire on.

I also really enjoy the relationship between Desire and their twin, Despair. I find it particularly interesting that the current Despair in the books is the second one, which adds an unusual ingredient to the relationship.

And, of course, there is the fact that Desire represents their realm in its highs and darkest lows.

But mostly I just love the snark. 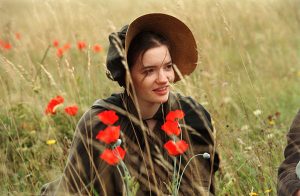 We’ll end with a pick that doesn’t really match the others. Mary is the middle Bennet daughter and we don’t really know that much about her. She plays the piano, though not all that well. She can be pretentious. She prefers books to other forms of entertainment.

While the book isn’t always sympathetic to her, I am because I’ve also felt like the one who didn’t fit in. There are plenty of times that I’d rather stay home and read a book than go out partying. Also, I will be forever annoyed at the fact that Mrs. Bennet never considered a match between Mary and Mr. Collins, since they seem like they might have been well-suited.

“anity and pride are different things, though the words are often used synonymously. A person may be proud without being vain. Pride relates more to our opinion of ourselves, vanity to what we would have others think of us.

Some of my love for her definitely comes from the 2005 movie, which not only suggests that Mary might wish to be married to Mr. Collins (she does look at him rather longingly after his disastrous proposal to Lizzy) but also has this beautiful long shot of the party, which (interestingly) starts and ends with Mary and Mr Bennet, as well as many other things going on at Netherfield Park.

Who are your favourite side characters? Leave a comment and let me know about them.